There is, perhaps, nothing more tragic than losing a loved one unexpectedly, especially if their death was caused by the negligence of someone else. Unexpected loss carries with it the devastating loss of that person, but also the loss of what that person meant to your family physically and financially.

At Century Park Law Group, we understand how difficult it is to lose someone due to the negligence of someone else. Our goal is to help clients protect their legal rights and get the compensation needed to move forward.

Often, these accidents are the result of negligence. Many auto accidents are caused by distracted driving, speeding, or failing to obey traffic laws. Not only are these behaviors illegal, but they are also negligent.

Similarly, property owners may be negligent if they fail to maintain a safe premises. Some examples include failing to repair cracked, broken, or damaged flooring or stairs, failing to fix leaks or resolve hazardous spills, and failure to provide properly secured premises. 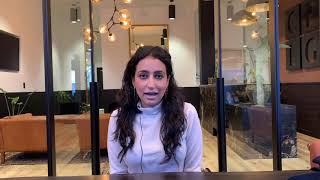 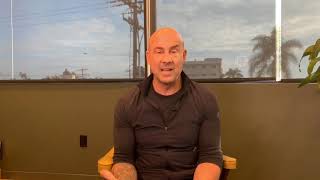 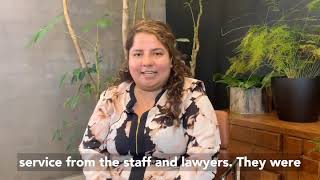 If a close family member dies as the result of someone else’s negligence or intended harmful action, you may be able to file a wrongful death claim against the responsible party in civil court.

Wrongful death claims allow the victim’s estate to pursue justice against the party or parties that are legally responsible for the victim’s death.

One of the most famous wrongful death lawsuits that comes to most people’s minds was that of OJ Simpson. The former NFL star was first charged with the murder of two victims, tried in criminal court and acquitted when the prosecution was unable to prove that he was guilty beyond a reasonable doubt.  The families of the deceased then pursued a wrongful death action in civil court, where Simpson was found guilty and ordered to pay damages to the family.

The following conditions must be present to pursue a wrongful death claim:

A human being has lost his or her life.

Wrongful death lawsuits are applicable in situations where victims would have had grounds to file personal injury claims if they had survived. Some instances where wrongful death suits would be appropriate are:

THE DIFFERENCE BETWEEN WRONGFUL DEATH AND SURVIVAL CLAIMS

Both wrongful death and survival claims are filed against a responsible 3rd party after the death of a family member, but there are important distinctions.

A wrongful death claim is based on how the family of the deceased person has suffered and will suffer in the future. Damages may include the family’s grief and suffering, the loss of current and future income that their loved one would have provided to the family, funeral expenses, and the cost of medical bills from the victim’s injuries.

Your attorney will be able to help you determine which type of claim is appropriate for your situation.

When someone is suspected of a homicide, such as murder or manslaughter, criminal charges are usually filed against them for the intentional killing. When a death is accidental, but caused by the reckless or negligent actions of another party who has a responsibility to protect the deceased from harm, the suspect may be charged with reckless homicide or involuntary manslaughter.

When someone is tried in civil court, the penalties are much more limited. Even if the defendant is found guilty of intentional murder, the only penalty that can be ordered in civil court is financial. The defendant will be ordered to pay damages to the family or estate of the deceased. He or she will not be sent to jail.

Civil trials have different requirements than criminal trials and even if the prosecutors decide that there is not enough evidence to support a criminal charge, the family may still file a lawsuit in civil court.

The prosecution in criminal court is required to prove guilt beyond a reasonable doubt, which can be very difficult. In contrast, prosecutors in a civil case are required only to show a” preponderance of evidence”, which means that the defendant would be more likely than not to have been responsible for the death.

Families are also able to sue for negligence that may have been responsible for the death of their loved one, even if the responsible party’s actions were not criminal in nature, such as in an unintentional automobile accident.

When to Call an Attorney

If your loved one passed away due to an automobile accident, fall, attack by animals, accident in the workplace or violent act, contact an attorney to find out if seeking justice through a wrongful death or survival claim is an avenue that would be available to you.

California law defines wrongful death as a death that was “caused by the wrongful act or neglect of another [person]”. This means that you will only be able to sue someone for wrongful death if their actions caused or significantly contributed to the death of your loved one death. This may apply if your loved one passed away after being hit by a drunk driver or as result of a doctor’s poor judgment or incompetent actions.

The statute of limitations to file a wrongful death suit is generally two years from the date of death, although there are rare instances when a claim may be filed after this time. If more than two years has passed since the death of your loved one, you can find out whether or not you would still be able to file a claim by making a simple call to our office.

If you are considering filing a wrongful death claim, it is important to consult an attorney as soon as possible. The deadline for filing a lawsuit will come up sooner than you expect and the more recent a claim, the more likely that all parties involved will be able to recall details of the incident.

Who Can File a Wrongful Death Claim

Laws vary from state to state as to who may file a wrongful death suit. California legal code is patterned after Lord Campbell’s Act, a where a claim may only be brought about by a select group of individuals who have been negatively impacted by the passing of their loved one.

Specifically, a claim may be filed any of the following people or by the decedent’s personal representative on their behalf:

Compensation That Can Be Recovered

Damages in a wrongful death case are usually in one of two categories, which fall into one of two separate time periods. The first covers damages that were incurred from the moment of the accident to the time of death. The second covers damages incurred after the deceased’s death.

The first category considers the deceased’s expenses such as medical costs, funeral and burial costs, lost wages due to injury, and the pain and suffering that the deceased suffered as a result of the incident.

If the incident that caused the untimely death was an automobile accident, compensation would be determined based on expenses and injuries suffered in the hours, days or years between the accident and the time of death.

The second category considers expenses and suffering experienced by the family after the deceased has passed on, to compensate them for their financial losses due to the incident. This includes wages that would have been earned in the years until the deceased would be anticipated to retire.

California also allows family members to claim for loss of consortium, to provide financial compensation for the loss a spouse or immediate family members experience for being deprived of the love and companionship from the deceased.

This is most significant for minor children whose quality of life has been diminished by the loss of a parent’s love and guidance.

In order to determine whether or not a family is entitled to an award in a wrongful death lawsuit, courts examine financial injury of the family, including:

California law states that awarded damages must be ‘fair and just’ compensation for financial injuries that were caused by the untimely loss of the deceased.

IF YOU’VE SUFFERED THE TRAGIC LOSS OF A LOVED ONE

If you are grieving the loss of a loved one who passed away through the fault of someone else, contact Century Park Law Group today for a free consultation.

Our experienced, compassionate wrongful death attorneys have a 99% success rate and can advise you on how to best seek justice for your claim so you can get the compensation that you and your family need.

At Century Park Law Group, we truly care about getting you the justice you need for your loss. Call us today at (844) 444-2754 and find out why so many of our clients refer their friends and family to us.